Scientists have confirmed that there are two distinct forms of the Sunda Clouded Leopard,
one living in Sumatra, the other on Borneo.
To Read the BBC news report click here.
Posted by Ultimate Holding Company at 06:53

It's estimated that each year 100 million sharks are killed worldwide, and Gordon wants to find out if the slaughter is really necessary. Sharks are both terrifying and beautiful, but experts believe overfishing is threatening to drive a third of the world's open ocean shark species to extinction.

Incredibly, some of the most threatened species remain untouched by international fishing regulations. What Gordon discovers on his journey leads him to campaign against the brutal and destructive shark fishing industry.

The programme is available to watch until Tuesday 15th February on Channel 4's 4OD website.

The image is of Jenny Barnard, Ambassador of the Basking Shark. Photography by Tom Bing.

Posted by Ultimate Holding Company at 05:37 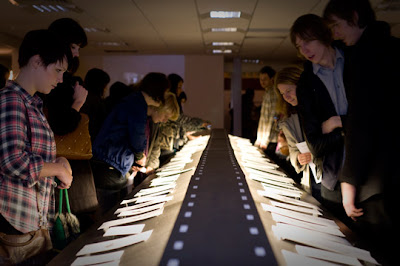 Calling out to the 100 extInked Ambassadors to get in touch if you would like to be involved in the future development of the extInked project...VERY EXCITING THNGS IN THE PIPELINE!
For more information, please send an email to kate@uhc.org.uk and put 'extInked future development' in the subject heading. Please also state which Species you are the Ambassador for and make sure your full contact details are also in the email.
I look forward to hearing from you.
Thanks,
Kate
Touring Exhibition Co-ordinator, Ultimate Holding Company
www.uhc.org.uk/extinked
Posted by Ultimate Holding Company at 05:09 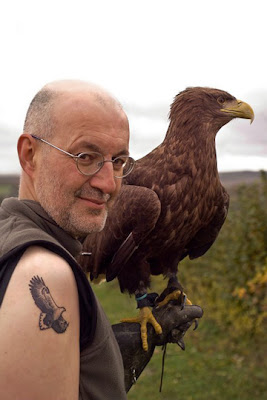